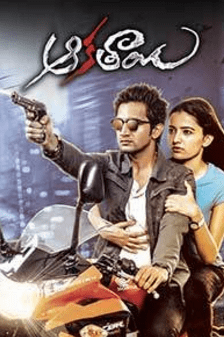 Aakatayi Telugu Movie is romantic-comedy as well as a thriller movie with a sudden twist in story when turn of events show a techy engineering student against the most dreadful terrorist. Aakatayi Telugu Movie shows a action-packed journey and he outsmarts his opponents with his technical power to foil the deadly plot that can kill thousands of innocents.

Vikranth (Ashish Raj) is a engineering student who falls in love with a girl named Anaga (Rukshar Mir). Vikranth’s life is changes once he comes to know about a shocking news about his parents through Anagha. Vikranth is in pursuit to find out the truth about his parents. Jahangir (Most wanted criminal played by Pradeep Rawat) enters his life and wrecks it totally. Rest of story is the shocking secret about Vikranth’s parents and why Jahangir enter his life………….

Skip this one if you can….