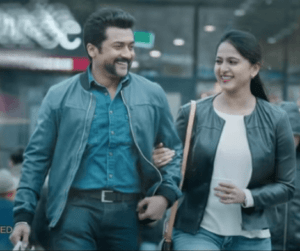 S3 is a sequel to the 2013 blockbuster – Singam II starring Suriya. The film is directed by Hari who also directed the earlier Singam films.Singam 3 or S3 stars Suriya, Anushka Shetty and Shruti Haasan in the lead roles.

Suriya as a honest Cop. In this sequel Durai Singam has promoted to a new level and he is tasked to finish an international crime syndicate run by Vittal Prasad (Thakur Anoop Singh). The film is set in the backdrop of Telugu states being divided into Telangana was carved out of Andhra Pradesh. Durai Singam is called from Tamil Nadu to investigate the murder of the Vizag police commissioner by the AP government.