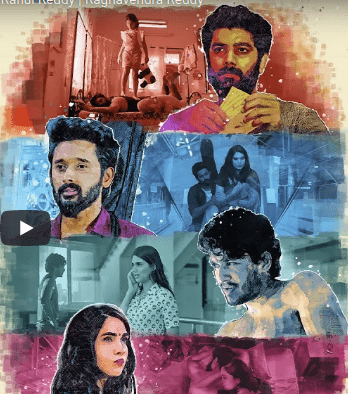 Continuing the trend of reviewing low budget films with good story, today’s release is Alanti Sitralu which is now streaming on Zee 5. Let’s see how it is.

The plot revolves around the lives of four characters: Yash (Ajay Kumar Kathurvar), Pallavi (Shweta Parashar), Raag (Yash Puri), and Dilip (Prawin Yendamuri). Each of them has their own set of problems, and how they manage to stay afloat in difficult times, as well as if there is a link between their stories. That is the film’s central conflict.
The word Sitralu, as the title suggests, perfectly captures the four characters’ various emotions and conflict points. The director has written these elements and has set them up in an impressive way among these four actors.

Prawin Yendamuri is the best of the lot and performs admirably. The way he suppresses his inner feelings is revealing.

The film’s production values are excellent, and the camerawork, which is quite colourful, is even better. The music is adequate, but the BGM is outstanding. However, the editing is a stumbling block because there are so many scenes that could have been cut. Suprith, the director, has a good storey idea and characterizations, but his screenplay drags the film down.

Overall, Alanti Sitralu is a film with a unique theme that falls short due to a lack of a gripping screenplay. The second half is also boring, and the necessary impact is not achieved. Those who enjoy slice-of-life films with realistic characters should check out this film, while the rest should look elsewhere.