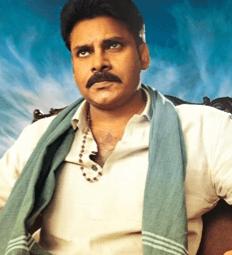 Katamarayudu Telugu Movie Review and Rating – Pawan Kalyan is back

Pawan Kalyan’s Katamaruyudu has created a good buzz in the industry after its announce and its first look posters.

Katamarayudu, a Pawan Kalyan Movie is a remake of the Tamil blockbuster – Veeram which was a super hit starring Ajith. The film is about an honest man and how his brothers make him fall in love. Katamarayudu has a violent streak which is kept unknown to her by his brothers. He is on the path to reforming himself for his love of life when a certain situation forces him to take action.

In this Movie id=”Katamarayudu or Rayudu (Pawan Kalyan) with his four brothers live a happy life in a village. A strict and serious Rayudu does not marry as he believes that if a girl enters his family then there would be problems between him and his brothers. But all his four brothers are in love and want to get married soon. They all plan for convincing Rayudu to marry first as he is the elder brother. They plans Rayudu to fall for Avanti(Shruthi Haasan). But Shruthi Haasan’s family does not like any kind of violence which makes Rayudu to leave violence. Then suddenly he comes to know that Avanti is targeted by Bhanu (Tarun Arora) which forms rest of story and how Rayudu gets involved and resolves this issue by putting himself as guardian of the Avanti’s family…