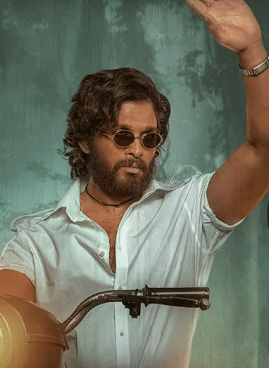 Sukumar’s Pushpa: The Rise – Part 1 is an upcoming Indian Telugu-language action thriller film. The film is produced by Mythri Movie Makers’ Naveen Yerneni and Y. Ravi Shankar in association with Muttamsetty Media and stars Allu Arjun as the title character, Fahadh Faasil (in his Telugu debut), and Rashmika Mandanna. The plot of the first of two cinematic parts is based on red sander smuggling in the Rayalaseema region of Andhra Pradesh’s Seshachalam Hills.

Pushpa Raj is a truck driver and a smuggler who trades red sanders smuggling in the Seshachalam Hills of the Rayalaseema region of Andhra Pradesh.

The first instalment of the film is set to be released on December 17, 2021, with the second instalment following in 2022 in Telugu, with dubbed versions in Malayalam, Tamil, Hindi, and Kannada.

Sukumar narrated a script to Mahesh Babu, with whom he previously worked in 1: Nenokkadine, following the success of Rangasthalam (2018). (2014).
Babu, who liked the storey, gave his approval to the project, and it was reported that the shoot would begin after Vamshi Paidipally’s project Maharshi was completed (2019).
[Mythri Movie Makers, who previously worked with Sukumar on Rangasthalam, officially announced the project, tentatively titled #SSMB26, in mid-April 2019.

As usual Bunny will be amazing.