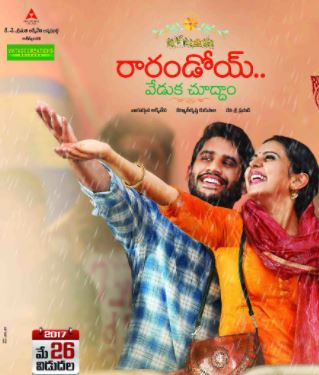 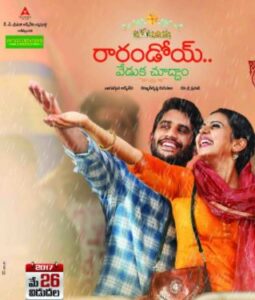 Movie is how Bramarambha (Rakul Preet) shares a very close relationship with her father and family being only Girl child in the family. In one of the weddings, Shiva (Chaitanya) meets Bramarambha and falls for her. He tries to woo her. Bramarambha comes to pursue her further studies in Vijaz where when she calls Shiva on his mobile number as she misses her family after being ragged by her seniors. Shiva keeps helping and caring for her but Bramarambha never acknowledges Shiva’s true love. They both get into a huge fight because of a silly incident.
She then realizes that she is in love with him but then it is too late as Shiva breaks up with Bramarambha and moves on with his life. Bramarambha then confesses her love to his father and he agrees to her marriage. But twist comes when she comes to know that Shiva is son of Jagapathi Babu who was his close friend and now his worst enemy of his life. Bramarambha’s father refuses to get her married to Shiva and Rest of story is how Shiva clears the bad name on his father and marries Bramarambha.

Decent Watchable family movie. If we ignore the storyline which is routine and has been tried so many times in different movies. Some slow moments in story and some logic missing in Bramarambha’s feeling for Shiva which can make you feel bored. On the whole its a one time watch movie.