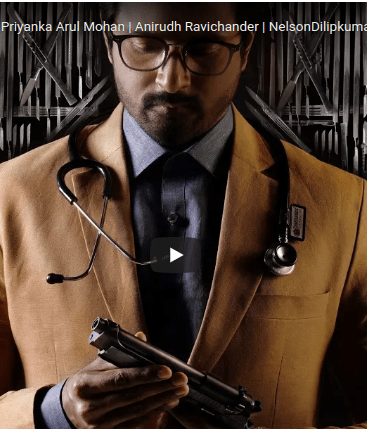 Siva Karthikeyan’s Varun Doctor has been creating a lot of buzz in Tamil circles. The film’s Telugu version is out and let’s see how it is.

Varun (Siva Karthikeyan) works as an army doctor. He has feelings for Padmini (Priyanka Arul Mohan), but she rejects Varun because of his pragmatic temperament. The plot twist occurs when Padmini’s niece is stolen and Varun becomes involved in the investigation. The tale revolves around Varun, who is a doctor, saving the girl and breaking the kidnapper nexus.

The film’s major highlight is Siva Karthikeyan, who shows a distinct side of his nature. He generates good comedy, drama, and carries the film on his shoulder as an army doctor. The film also features Siva’s chemistry with Priyanka.

For the most part, the comedy works, and the moments with Yogi Babu and Priyanka’s family are particularly enjoyable. Nelson, the director, has depicted the sensations in a unique way.

Nelson does an excellent job with the dark humour throughout the picture. The film’s message about women’s safety appears to be positive. In addition, the pre-climax thrills were well-executed.

The film’s production values are excellent, and the visuals are captivating. Anirudh’s music is adequate, but his BGM, as usual, is riveting. The camerawork is good, but the dubbing could be better.
Nelson, the director, has done an adequate job with the film. His storey idea and the way he’s set it look good as well. However, his screenplay falters slightly in the second half. He makes the proceedings somewhat routine and disregards the logic.
Varun Doctor, as a whole, is a kidnapping drama with some decent thrills and comedy. However, things slow down in the second half, and a few logics go for a toss. The Tamil audience may enjoy the film because it appeals to their sensibilities.