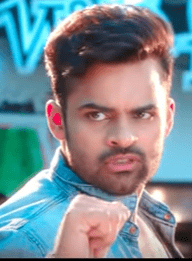 In Winner Movie Sai Dharam Tej plays Ram, an individual who is separated from his father due to some conspiracy at the age of 5. After 20 years, Ram works as a journalist. Ram sees Sitara who has a goal to be become an athlete and falls for her. Yuva played by Thakur Anoop Singh cheats everyone to take Ram’s place.

In Winner Telugu Movie Sai Dharam Tej plays Ram. Ram is very very close with his father played by Jagapathi Babu in his childhood. Ram runs away from home during his childhood at 5 yrs age due to some circumstances.

Ram grows up and falls in love with Sitara (Rakul Preet Singh). Twist comes when Ram is about to propose to Sitara and her father fixes her marriage to Jagapathi Babu’s son Yuva (Thakur Anoop Singh) who is taking Ram’s position.
Ram finds out that Yuva is taking his position by cheating everyone & also that he is not a good guy. Rest of story is all about Ram proves that he is Jagapathi Babu’s real son and solves all the problems.

Winner is a One time watch movie where there are some good moments in first half. Overall film is not executed perfectly but some good comedy make this film an one time watch.