Akkineni Nagarjuna is born 29 August 1959. Nagarjuna is an Indian film actor, Producer and Television presenter who works primarily in Telugu cinema and television shows. He has acted in over 90 films as an actor in a lead. 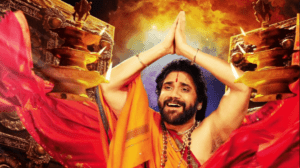 His Career and Achievements

Nagarjuna starred in many romantic comedies such as Santosham, Manmadhudu, Shivamani, Nenunnanu , Mass and Super. In 2006, Nagarjuna’s Sri Ramadasu was a bit hit and Nagarjuna received the Nandi Award for Best Actor for the film. Nagarjuna acted in some Romantic Action films like Don and King.