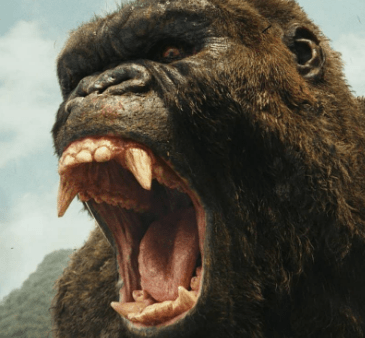 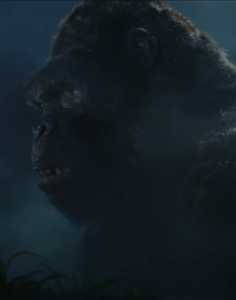 Kong: Skull Island reimagines the origin of the mythic Kong in a compelling, original adventure from director Jordan Vogt-Roberts. In the film, a diverse team of explorers is brought together to venture deep into an uncharted island in the Pacific – as beautiful as it is treacherous – unaware that they are crossing into the domain of the mythic Kong.

Bill (John Goodman) and Houston (Corey Hawkins) who on an expedition to an uncharted island to test their “hollow earth” theory find Kong. Tom Hiddleston plays a tracker, Brie Larson plays a photographer, and John C. Reilly plays a surprisingly funny WW2 vet marooned on Skull Island. They all fight to escape from it.

Kong itself looked good. All the fights with Kong looked really good in 3D.

A one time watch movie with decent graphics and to be watched in 3D.