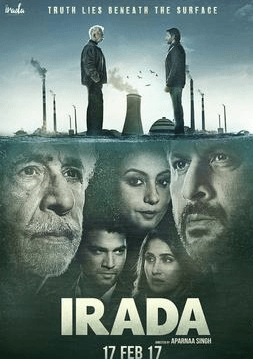 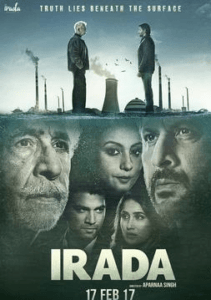 Irada is an Indian thriller film directed by Aparnaa Singh.

Irada movie is about Army man Mr. Parabjeet Walia (Naseeruddin Shah) and his only daughter Riya (Rumana Molla) who is diagnosed Cancer. Parabjeet comes to know the real cause Cancer was because of the contaminated water that is supplied to the township due to which lot of punjab people are getting diagnosed with Cancer. Parabjeet then fights against the pharmaceutical giant and the State Administration who turn a blind eye to this issue. Parabjeet is joined on his mission by Arjun Mishra (Arshad Warsi) who is a Intelligence Officer.