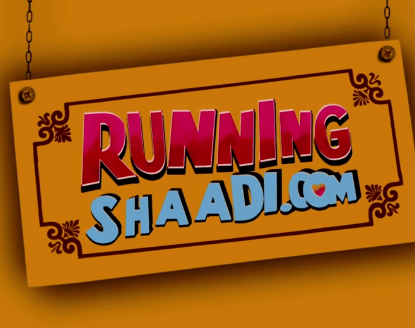 Synopsis:
A Good romantic comedy film from the heart of small town of India, which shows two young boys come up with one big idea.

Ram Bharose (Amit Sadh) works in a garment shop in Delhi owned by father of Nimmi (Taapsee Pannu). Bharose secretly admires Nimmi. Nimmi never realizes her feelings for Bharose. One day Bharose has a argument with Nimmi’s father and forced to leave the job. Then his friend Cyberjeet (Arsh Bajwa) urges him to open a website to help people elope and get married. Their business kicks off and gets noticed.Then the twist in form of Nimmi comes to him asking Bharose to help her get married to her love interest named Shunty.

What happens next is what ‘Running Shaadi’ is all about.