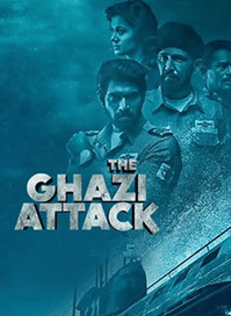 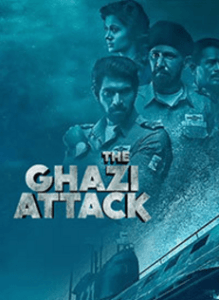 In 1971, a Pakistani submarine called the PNS Ghazi ventured into Indian waters with the ambition of destroying the INS Vikrant. What stopped them? The heroes aboard the Indian submarine S-21.
It is the war you did not know about.

Ghazi Attack is becoming kind of talk of the town as it is the 1st underwater war drama.

The Ghazi Attack is a story set during the 1970’s when Pakistan army sends a special submarine called Ghazi to for a war with Bangladesh. The only way that Ghazi can reach Bangladesh is through Indian waters and also by destroying the mighty Indian warship INS Vikranth which stands in its way.
This news is reported by Indian intelligence reports. Now in order to fight against the deadly Ghazi, the Indian navy deploys the S 21 submarine under the best officers like Arjun Varma (Rana Daggubati). Rest of the story is formed as to how the entire team of S-21 fights the mighty/deadly Ghazi in under water war.

Ghazi Attack is a very unique film which has a powerful story of India Navy.This film with its powerful story, superb performances and gripping narration which keeps you on end of the seat. Superb performance by Rana and the Indian underwater war is one of a kind in this film in Indian Film history. Ghazi attack is a must watch film for everyone who loves to know Indian Navy Story…You will feel (actual I am too) Extremely proud off of Indian Navy and Movie makers for making this movie. Hats Off….