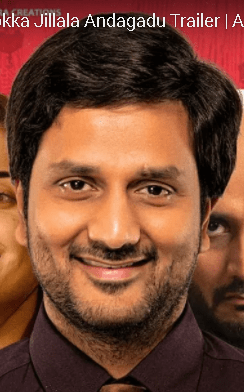 Veera Srinivas portrays Gotti Suryana Naryana, an executive of Bhumi Infra, an investment firm. He has low self-esteem because he inherited his father’s baldness. He has a wig on.
They rapidly become friends and fall in love when Anjali (Ruhani Sharma) joins him in his office. Anjali doesn’t know about Suryana ‘s situation, so he meets with their parents. So, they’ve decided on a marriage. Anjali, on the other hand, discovers his hideout when she catches him without his wig.

The performances by Srinivas Avasarala and Ruhani are excellent. He could have made his comedic dialogues a little crisper and funnier.

To introduce Sattipandu, the hero’s kakinada companion, a lot of excitement is produced. Sattipandu enters the scene, and things go downhill from there. The hotel scenario drags the film down. Finale: The hero preaches that beauty does not ensure happiness, but contentment is the true beauty of life (andame aanadam kaadu, anandame andam). Second-half script that was sharper and better would have made for a more fascinating film overall. On the overall, “101 Jillala Andagadu” would have been a better watch on OTT than it was in theatres. It can be summed up with the Hindi lines from the film, “Konchem Achha Hai, Migatadi bahut Bhram Hai” by Avasarala.