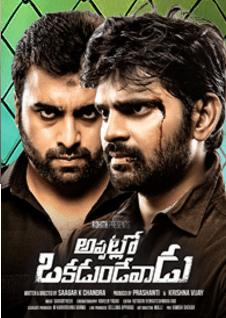 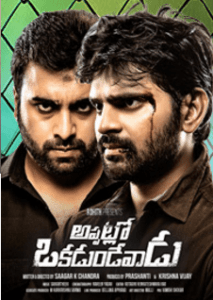 Synopsis:
This film is based on the real incidents in the life of two youngsters between 1992 and 1996.

Story:
Railway Raju (Sree Vishnu) is an upcoming cricketer. He gets into a deadly case of naxalites because of his sister. Powerful Cop called Imtiaz Ali (Nara Rohit) who handles Railway Raju case and gives him trouble.
Railway Raju suddenly commits a big crime and he is imprisoned for that. He then decides to revenge on Imtiaz Ali and rest of the story is as to how this is done.

Plus Points:
Nara Rohit as a powerfull police officer.
Sree Vishnu good performance as Railway Raju.
The first half of the film starts is really good.
The last fifteen minutes of the film are quite gripping with some very good emotional twists.
Taniya Hope makes a decent debut in her role.

Technical Aspects:
The Movie is shown as if in 90’s and filmed really good. The screenplay of the film is very impressive and gets engaging as the climax is ended. Music is not that good but the background score is good. Sagar Chandra (Director) has impressed.

Verdict:
Appatlao Okadundevadu is a good watch. The film is very engaging and has some emotional moments. Nara Rohit has given some good performance in the film. Sree Vishnu also gives a good performance. Good show of 90’s moments.