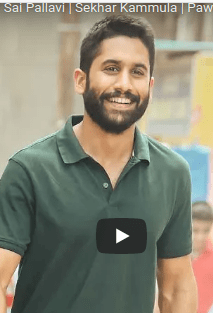 Love Story is a film that was delayed for over a year half and after a long wait, this much-hyped romantic drama is finally out for fans on the big screens, and let’s see how it is.

Revanth (Chay Akkineni) is a lower caste man whose sole goal is to open a Zumba academy in Hyderabad. Mounika (Sai Pallavi), on the other hand, is from an upper caste and is working hard to get a job in Hyderabad. She has no choice but to join Revanth’s dance class as a teacher. The couple falls in love after sparks fly. The rest of the storey is about how the couple overcomes many obstacles in their relationship and succeeds.
The maturity of the love storey is one of the film’s strongest assets. This is not your typical boy-meets-girl romance, and it deals with some of life’s most difficult issues, such as caste, gender inequality, and rape.
Sai Pallavi’s role takes on a new dimension, and she shines.

The maturity he demonstrates in the romance is also endearing. Sekhar coaxes a strong performance from Chay while also addressing important social issues, albeit with a rushed climax.

Overall, Love Story is a mature romantic drama that tackles important issues such as the caste system and gender inequality. Chay Akkineni is the film’s main attraction, and the dramatic narration keeps things interesting. Aside from the slow pace, this film has all the makings of a box office hit and is a film to keep an eye on.