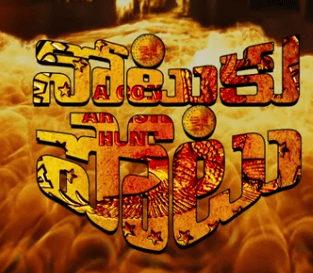 Notuku Potu is Telugu Movie which is crime thriller written and directed by SK Basheed. Film has Arjun Sarja, Shaam and Manisha Koirala in the lead roles. The music is composed by Ilayaraaja.

Story:
When a dead body of a business woman goes missing from the morgue in the Forensic Lab, it leads to goose chase between the investigative officer and the potential suspect who is the husband of the murdered. Movie has Good moments and is a medical thriller, which has been inspired from several real life stories.

Verdict: A One time Watchable movie… Medical thriller with is inspired by real life stories. Keeps you engaged with its good script. Has some dragging moments but overall a good one time watch..